The article titled “Film Violence and Subsequent Aggressive Tendencies” reports the result of a sociology experiment conducted by Berkowitz, Corwin and Heironimus.

In the abstract, the authors mainly provide the background of the widespread violence nowadays and thus present their rationale of this research paper. However, they do not present the audience with what to expect in the paper in terms of structures, methods, and conclusions, so the paper fails to attract the readers with a sense of purpose in the beginning.

The introduction is five-and-a-half page long in this thirteen-page long research paper. In the introduction, the authors first briefly discuss the background of the longtime debate of the influence that film violence can exert on the aggressive behaviors of the audience.  Then from summarizing some former experiments conducted the authors conclude that film violence does not contribute to the development of persistent violence in real life; however, different laboratory investigations have been conducted to support or refute the claim that movie violence instigating subsequent aggressive behavior. Therefore, “what are the conditions determining whether media violence will increase or decrease the likelihood of subsequent aggressive behavior?” becomes the key question for the authors to address the topic.

By comprehensively introducing a former experiment conducted by Berkowitz (who is also the author of this article) and Rawlings, the authors explain its rationale, procedures, results, and significance in details. Berkowitz and Rawlings divided male and female college students into two groups, which respectively received angry insults and neutral treatment from a male test administrator. All of them were presented a prize fight scene from a movie in which the protagonist was taking a bad beating. However, half of both the angered and non-angered group were told in advance that the protagonist was a “downright scoundrel” so the aggression was more justified, while the other half were told that he was a “victim of unfortunate circumstances” so he was not essentially a “bad guy.” As a result, they concluded from a questionnaire filled out by the subjects after seeing the film scene that among the angered subjects those who regarded the fight scene a more justified aggression generally expressed stronger hostility toward the insulting test administrator, and those who regarded the fight scene a less justified aggression were inhibited and tended to exhibit hostility toward the experiment rather than the test administrator.

The experiment reveals that film content may lead to socially harmful consequences as the audience who saw justified aggression might seek the same in real life, at least immediately after seeing the violent scenes. Due to these implications, the authors repeated and extended this initial experiment by exerting four additional controls in order to draw more accurate conclusions. Firstly, their subject was all male college students instead of male and female college students like the previous experiment. This way, they eliminate the gender factor which can possibly influence the results. Secondly, they divided both of their angered and non-angered subjects into three groups, and one group is shown a neutral film, so that they can assess if aggressive film itself had any anger-arousing effects and to determine how much hostility is aroused from the test administrator insulting the subjects in the angered conditions. Thirdly, they arranged two test administrators: one insults the subjects in the angered conditions, and the other gives neutral treatment to all subjects. In this way, they aim to compare the hostility-displacement effect on angered, non-angered and neutral groups when shown justified and non-justified aggression.

When the authors describe the methods, the procedures are indeed demonstrated in a detailed and comprehensive way as they illustrate the rationale behind each designed procedure, explain the purpose of each step, and evaluate the probable limitations of the results. They demonstrate their main dependent variables which were questions in three questionnaires given to all the subjects immediately after the movie scenes. The authors also evaluate these designed questions and compare them to those in the previous experiment.

In the section that presents the results, the authors divide them into two parts: reactions to the movie, and attitudes toward the researchers. By utilizing three tables of data, the authors clearly displayed the validity of the results obtained from previous experiments. Furthermore, after comparing the results with those of the earlier experiment by Berkowitz and Rawlings, the authors confirm that the conclusions of Berkowitz and Rawlings are still valid under less variables and more restrictions. They also manage to obtain an understanding of the consequence of justified violent scenes on the audience's aggressive behaviors in real life.

At last, the authors draw conclusions in one short paragraph to present to the audience clear and straightforward results: film violence is highly likely to increase the probability that the audience will behave aggressively in a later situation. Moreover, the socially justified fantasy aggression might weaken the restraints against hostility in angered audience members, and thus, it would be more possible for them to appear aggressive to those who they think deserve punishment shortly after seeing the movie.

The Neutral Scene Used in the Experiment 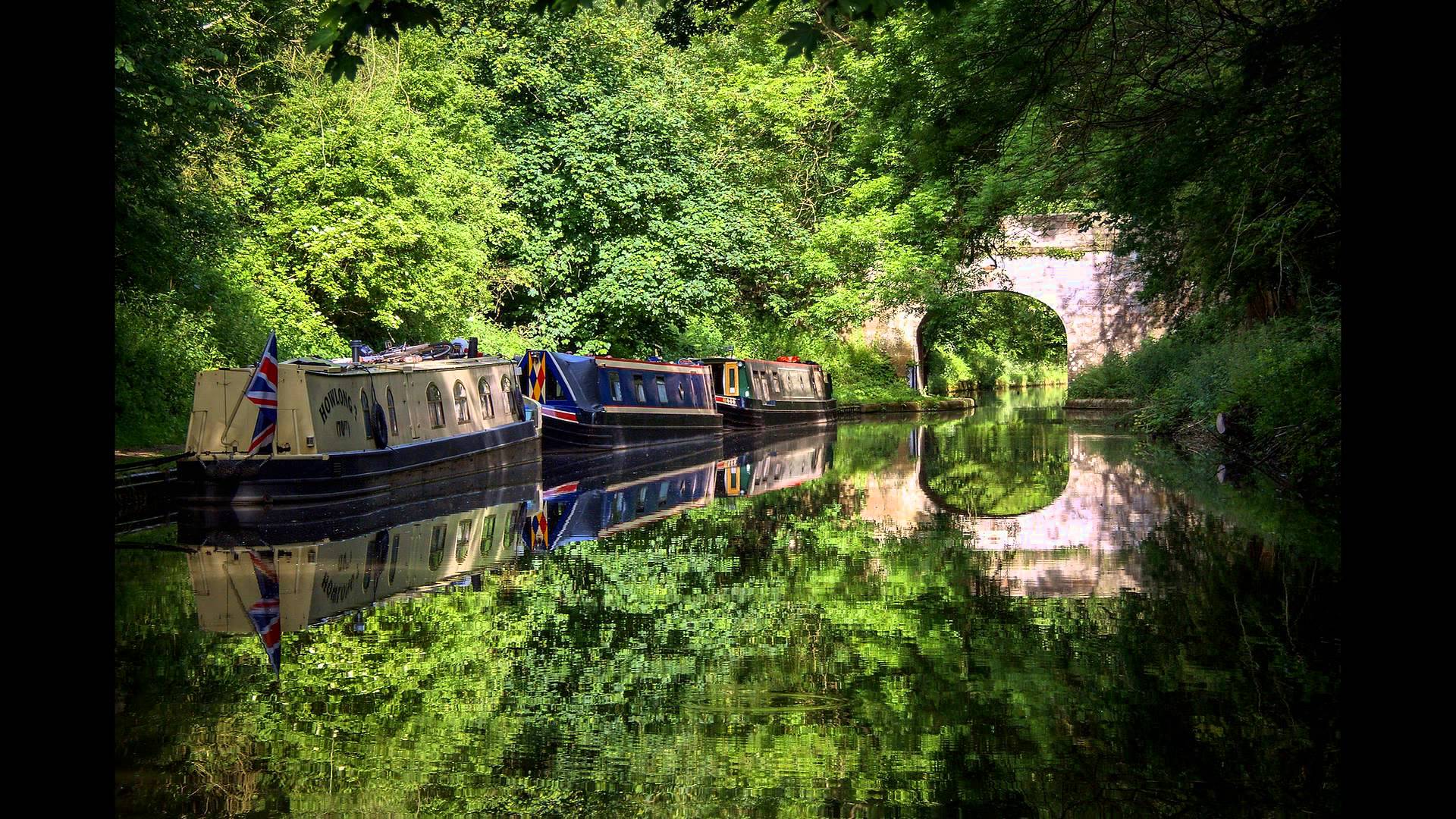 The Aggressive Scene Used in the Experiment 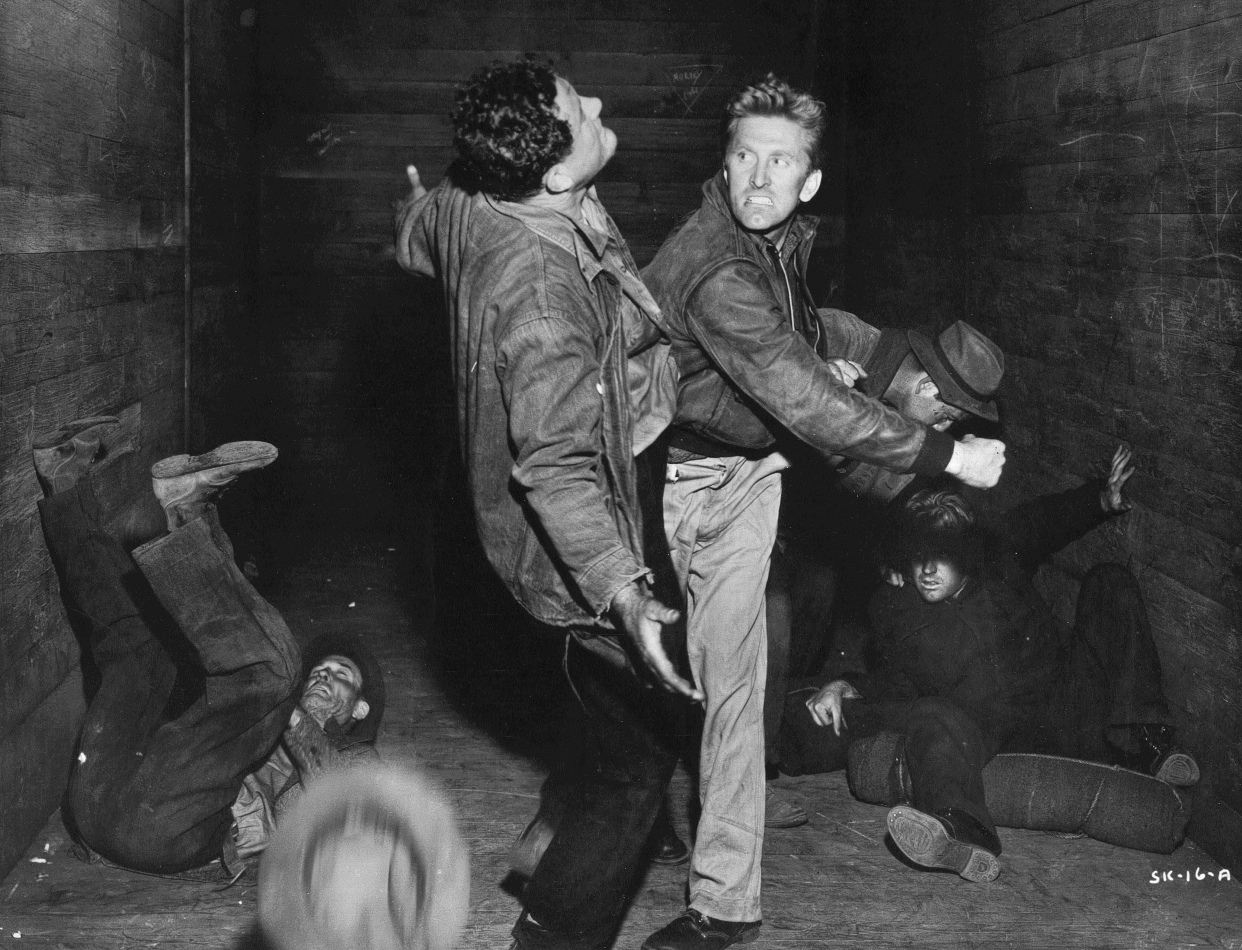