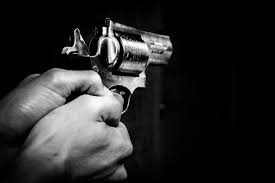 This project was started by three research questions. Can film violence increase the possibility of the audience engaging in aggressive behaviors in real life?  If so, how does film violence exert this influence? How do different communities communicate the consequences of film violence to the general public?

For the first two research questions, I reached the conclusion that film violence is able to increase the possibility of the audience engaging in aggressive behaviors in real life immediately after the movie through desensitizing the audience after an interview ad an analysis and comparison of two academic articles on this topic. The findings are very significant as the interview I conducted with my cousin reflects that many young people do not realize the danger of film violence. For example, my cousin trusted his capability of distinguishing the fantasy aggression from reality, and therefore believed that he would not be psychologically influenced even if he admitted that the violent scenes would cause excitement during and immediately after the movie. Thus, it is very essential and necessary to educate the general public, especially youth, about the negative consequences that film violence can exert on the audience’s psychological states immediately after the movie.

Since I have realized the importance of publicizing the danger of film violence, I have found that exploring the different ways that different communities discuss this topic is also important, which answers the third research question. From my cousin’s responses, one can easily see that the young people that my cousin stands for are not taking fantasy aggression very seriously ,although they know the word, violence, is not good. Therefore, educating and convincing them about the danger of fictional violence is crucial. Comparing two academic articles from sociology and psychology, I find that the sociological paper is written in obscure language as the authors use too much jargon and tables of data without fully explaining them in simple language. However, the psychological paper is different. Its authors not only elaborate every piece of jargon they use in simple words, but also arrange the paper into an extremely clear structure with many subtitles and an abstract at the beginning that briefly informs the audience about the experiments conducted in this paper. Moreover, they choose to use tree diagrams and bar charts to illustrate their findings rather than tables of data that the sociologists use in their paper. As a result, those data are no longer just a bunch of meaningless numbers in the eyes of the general public. They form a trend and provide evidence of the danger of film violence. Therefore, it is clear that the general public, especially the youths, who are mostly not experts of sociology or psychology, are more able and willing to gain understanding of this topic through the psychological essay.

I talked more about the facts that the interview reflects and the significance of the clearer writing style of the psychological paper. By doing that, I endowed my project with a more significant meaning and better educate the readers of the danger of film violence.