A Picture Is Worth 1000 Words This page is part of the collection 'Writing Project 1 - Round 2'.

The most interesting thing that came out of this project for me were the two pictures that I took of my writing. At first I didn't even realize that I had taken two pictures, let alone any. I came across them when I was in Dr. Warwick's office discussing what I was going to do in response to my original project getting wiped out. I was going through my photos when I noticed that I had taken a picture of my introduction. I then recalled that I took a picture of said introduction to show to my friends because I wanted to get their feedback and also because I'm full of myself when it comes to writing, and I wanted to show them how awesome it was. At first I was surprised in a good way and thought, At least it will give me something to include in my reflection. I took it as a sign that good things were to come and went with it.

About a week later, upon scrolling through my photos aimlessly, I noticed another peculiar photo. Apparently I had accidentally saved a Snapchat of something I sent to my friend. Coincidentally, it happened to be a rather large chunk of a different section I was working on. I sat there perplexed wondering about this. What are the chances that I had two photos of my project that contain the only evidence of said project? Moreover, I find it rather ironic that I decided to take a picture of my writing. While pictures capture moments and preserve them, writing is used to record moments, memories, and emotions. Yet these pictures of my writing are doing both: capturing the essence of my original writing by preserving it and providing the only recording of it. 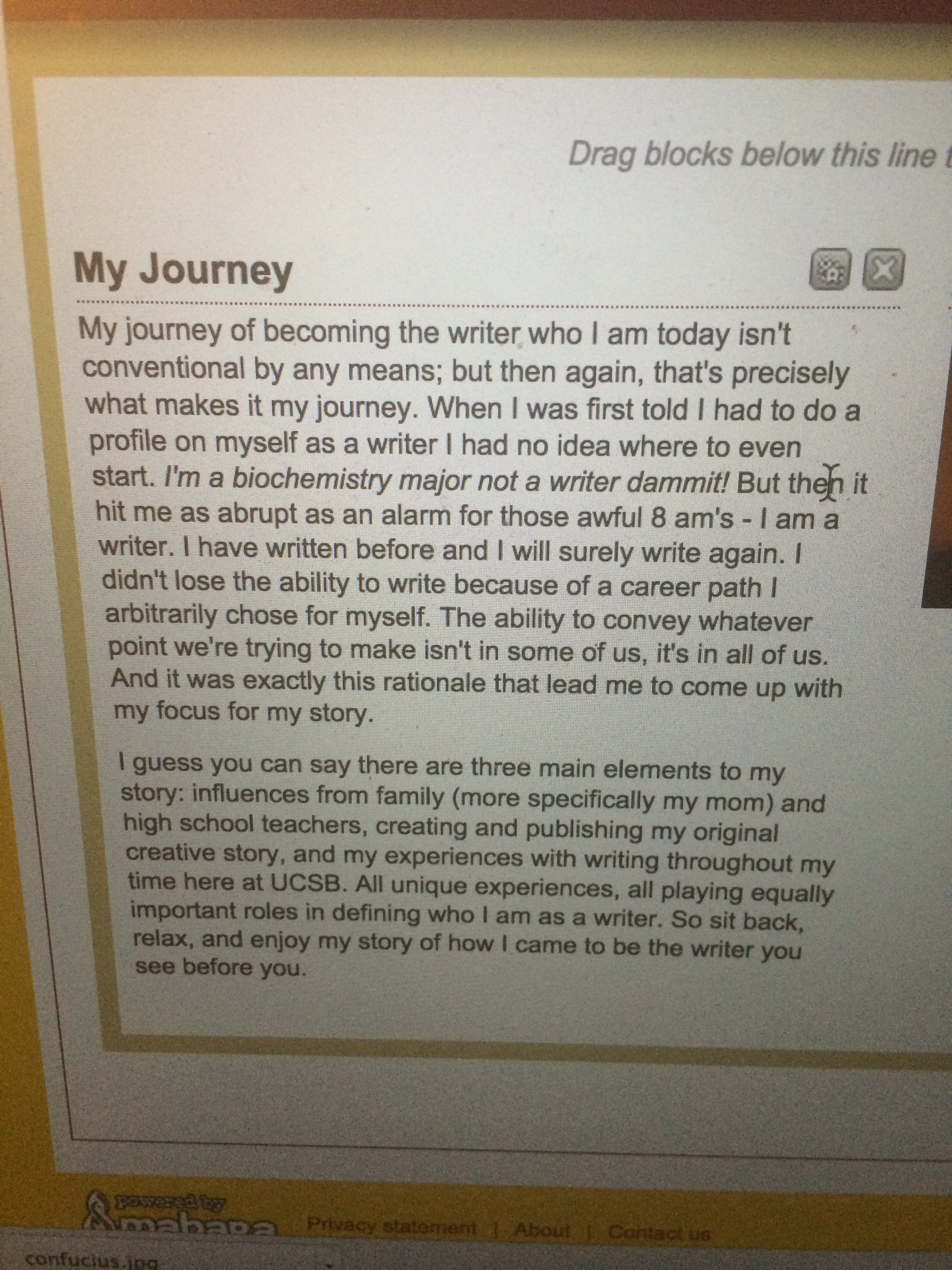 Pictures Are Worth Much More

One interesting thing that I decided to do with this project was to fuse pictures of inspirational quotes throughout my project. Now while I only directly referenced one of the quotes in my actual writing, the quotes played a much more significant role than that. They were what inspired me to write and were my only real connection with writing for a while. I started collecting quotes when I looked one up on a particularly downcast day and noticed the quote: "Our greatest glory is not in never falling, but in rising every time we fall." It was that quote that motivated me to not give up on writing and push on. From there on out I began collecting quotes to remind myself of the strength I have and what I am capable of. What started out as a simple hobby of recording cool or interesting quotes stemmed into so much more. They served as a consistent source of inspiration to me and gave me confidence whenever I was feeling down.

This process combined with other pictures that I included proved to be an incredibly useful technique to make my project stand out and be easier to read. The idea for doing this stemmed from McCloud's "Writing With Pictures," as he demonstrated the importance of pictures to get the audience to follow along and stick with it until the end. The pictures provided a welcoming break to the monotonous style of essays as they broke up paragraphs naturally in a way that gave readers a break. It encouraged them to become more interactive with the story and allowed them to follow along in a manner that would not be demoralizing so that they could finish the paper without feeling drained. I also found that including pictures of inspirational quotes improved the morale of people reading the story, particularly on a subconscious level. When I talked to my friends about it, they said they didn't mind reading my story given its length because the friendly, uplifting photos influenced their mood, even if they were not aware of it happening at the time. It is because of this that I believe that everyone should include bright, welcoming photos with their projects on Mahara not only because it gives a reader a break and makes the reading easier on the eyes but because it subconsciously gives the readers encouragement to continue on. 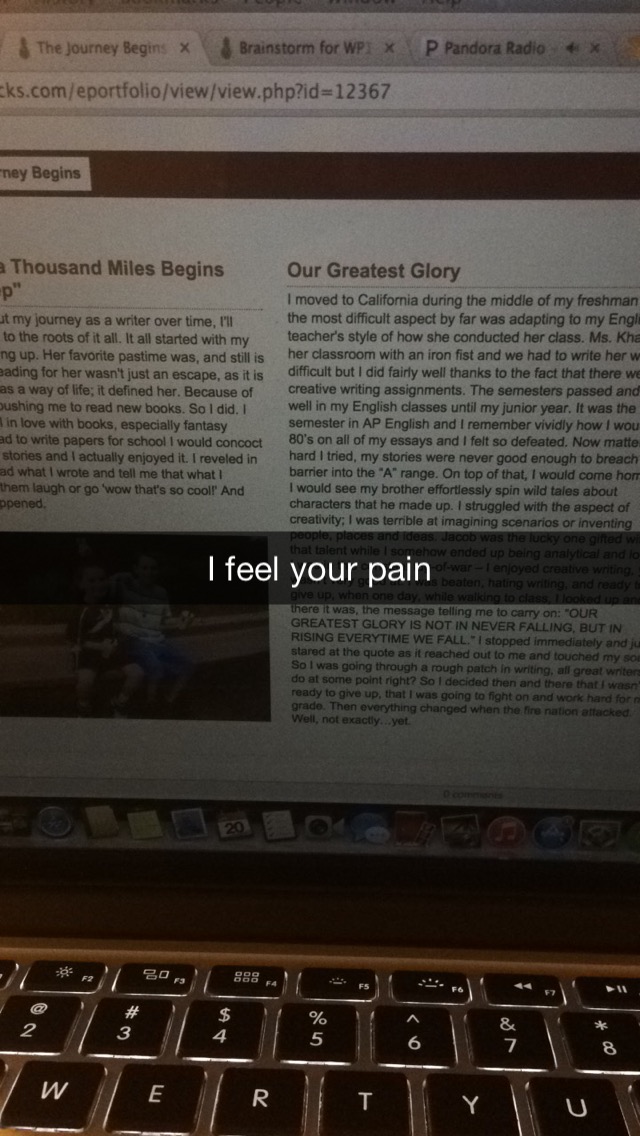