Conclusion (WP1) This page is part of the collection 'Writing Project 1 - Round 2'.

This project was less of a process and more of a journey for me. It wasn't just churning out a project the night before it was due and calling it a day, but rather writing, then reading it over and deciding it wasn't good enough, so I had to rewrite things–sentences, paragraphs, you name it. It was lying awake at 1 A.M. and leaping out of bed to log on to Mahara, creating a 'Late Night Drabble' journal to collect my thoughts, and including them in the morning to make my paper sound that much better. It was being hit with sudden realizations in my organic chemistry class on how to improve not just my story but my writing as well. It was a constant bombardment of sudden, sometimes harsh, revelations that made me change how I wanted to convey a certain message, or even as drastic as generating a focus to follow. This project was so much more than creating a profile of oneself; it was a channel for self-discovery–discovering who I am as a writer.

As I talked about earlier in the paper, the freedom of Mahara allowed me to create and spin my story in any way that I could imagine. It was no longer another 5-paragraph essay, now it was a storyboard that made the story come alive; it was interactive. For instance, here's the funny part–I wrote this before I wrote that paragraph I mentioned above. Hell, I wrote this paragraph before I finished the introduction. Can you believe that?! Who in their right mind would write a conclusion before their introduction? Yet here I am. This project changed me for the better–it allowed me to see writing in a whole new light. It got me to see that writing doesn't have to be this drab process where you stare at a blank screen for hours on end willing yourself to write something, anything, to make it appease those requirements. Instead it was a fun, ever-changing adventure. Sometimes it was writing and rewriting and perfecting one section in the project before moving on to the next. Other times it was writing and stopping mid-sentence in my second section because I spontaneously came up with the perfect conclusion. There was no limit to what I could do; I could do anything and everything to make my story sound the way I wanted to. My point of saying all this is this: writing doesn't have to be an automated, bleak process; even an essay-hating, diehard STEM person such as myself can love to write and write well if they so choose.

In writing this reflection, and more specifically the conclusion, the quote by Confucius resonated with me. What started out with a quote that inspired me to continue writing when I was feeling truly defeated in writing for the first time, in a poetic, ironic twist of fate, demonstrated what this project was all about. When I heard that my original project was decimated, I was distraught and feeling defeated. Yet I realized that I couldn't give up, not if I was going to stand by my convictions that I laid out in my first project. Our greatest glory truly is in rising every time we fall. Writing is a cruel, ruthless process –tearing your heart out one moment, and providing one of life's greatest pleasures the next. But we have to keep pushing on, bringing out our strongest moments when things are bleakest. So with that, I leave you with my conclusion from Writing Project 1, albeit a rendition that I modified specifically for this piece. There is no endgame in writing; you don't get to hang up your boots and call it a day. This isn't something you can take lightly, so you better be prepared to come in giving it your all. Being a writer means that you are in a constant process of coming up with goals, and creating new, better ones when you finally achieve them. If there's anything that I learned for certain it's this–we are all writers on a perpetual journey of finding ourselves. 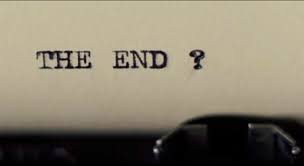