Original Project This page is part of the collection 'Writing Project 1 - Round 2'.

My original project began with a simple small idea–what is a writer? And it transformed, not rapidly like many would think, but gradually over time, in a manner that emanated my overarching theme. We were given the task to compile a profile of ourselves as writers. My initial thought was, I'm a biochemistry major, not a writer! How the hell am I suppose to write a freaking project on myself as a writer. But gradually ideas started to form in my head. I knew I wanted to tell the story of how I became the writer today, but I didn't know what to include, how to tie it all together, or even how the hell it pertained to the challenge that was the profile. After mulling it over for a class or two, I realized that there were three main parts, so to speak, that I was going to cover: childhood influences (more specifically my mom) and my interactions with teachers, publishing my own creative story, and my experiences with creative writing in college. Now I had my three main topics, so what? I had no focus, let alone any idea how to tie them all together and relate them. But then it hit me one night while I was lying awake: we're all writers. I didn't lose the ability to write because of some career path I arbitrarily chose for myself.

With focus in tow, I began writing. And boy did the writing fly right off the page. Everything seemed to make perfect sense now that I had a focus. My mom inspiring me to read and write, my experiences in high school pushing me to write my own story, and even writing, or rather lack thereof, in college all connected and flowed wonderfully. I saw and consequently wrote with a prose that navigated my story in a narrative the likes of which I had never done before.

Now while I could tell you all about my WP1 and its finite details, first I would like to focus on my journey of creating the project from start to finish and my rationale behind the choices I made. As aforementioned, this entire project started with one simple idea and blossomed into more. After creating my introduction, I started writing my first body paragraph so to speak. I started talking about my young experiences with my mom and how that influenced me to write creatively and how that changed when I got to high school. At first I talked about one teacher and then moved on to an experience with another. Once I was done with that I moved on to the next section but stopped about two or three sentences in. I couldn't write this, not when I was severely dissatisfied with how I left off the last section. So I went back and did something I have never done before–I started editing the section and making changes that would relate to a conclusion that I had't even written yet.

As I wrote this story, I found out that I was making changes and doing things that I had never even fathomed were possible when writing an essay before. I felt that I was breaking unwritten rules, and by doing so I was going to be punished through a bad grade. Yet that didn't happen. In fact, after reading it from start to finish, it sounded that much better using this process. When I talked about my experiences and the rationale that convinced me to publish my own work of fiction to an online website, I kept going on and on and elaborating on everything, even the most minute details. Yet it didn't matter. It didn't matter that this section was twice as long as the other two. It all made perfect sense in this section so I was going to keep every last bit.

In my last section, I wrapped up my third topic, writing at college, and my conclusion into one page. At first I did this because both lacked the substance to commandeer their own page, yet when I was making another round of edits, I decided to keep them together because they made sense. In my conclusion I talked about how we are on an ever-changing journey and that nothing is for certain when it comes to writing. I don't think anything in my project was more relevant to that then my paragraph(s) on my collegiate writing. In this paragraph I talked about how I had this notion that because I was a chemistry major, I automatically couldn't write and that I had to hate it. Yet by the time I got to this paragraph, I recognized, and consequently wrote about, how this simply was not true. I realized that I still love writing creatively and that in no way was demolished because I chose to pursue a career path that wasn't as writing intensive. I realized that I was foolish for ever thinking so, and writing this paragraph made me realize that we all have the ability to write, some just have to look harder than others. 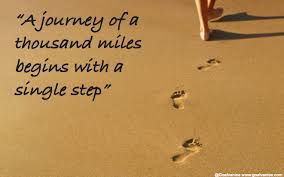 When I wrote this paper, as I am doing currently, I wrote whatever came to my mind and just went with it. Sometimes it made sense, sometimes it didn't. Sometimes I would write an entire page on one simple chunk of a whole section. I would process what I wrote later, and instead I just focused on getting out whatever came to the forefront of my brain onto paper. Normally when I write papers, I tend to write in second-order, carefully articulating each and every sentence in a paragraph to make it sound as succinct and concise as possible. Yet with this project, I let my mind wander free and it made a world of difference. I wasn't caring about literary rules, established or not, I was simply recording my thoughts down so that I could organize them later. This first-order thinking lit up my work in a way that had never been done before, and this strategy greatly shaped my writing for the better.

I wrote this project in my traditional style but with a twist. After reading various articles that were required of us to complete for class, I realized that I wanted to make my paper into a narrative. I chose a narrative for a multitude of reasons. The first being that it was a genre that I was used to, as evident by my own creative story, and something that I have become rather good at over the years. The second was that it allowed me to fuse in my personality nicely. I could phrase things or organize things in a manner that I pictured myself doing in real life, which allowed for me to see the larger picture much more clearly. The last was that it matched with what creative writing is all about, and that was essentially my theme. Overall, choosing to do a narrative was the smartest decision I could make, and one that made my project something I was genuinely proud of.

As far as what I would continue to work on if given more time, I would say that there isn't much. And that's not just because it was obliterated without a trace left behind, though that does play a factor, it's because I can say without a doubt that I was genuinely impressed and satisfied with what I turned out. After making my final revisions for the submission deadline, I was left with a complete feeling in which I was eager to receive feedback. This was the fist time in a while that I felt really proud of something that I consider myself subpar in relation to my other academic talents. The main reason was because of my conclusion. It hit hard and carried a message that resonated with me whenever I wrote something. So while I am sad that I do not have the ability to continue to work on it, the experience is something that I will take with me whenever I write.